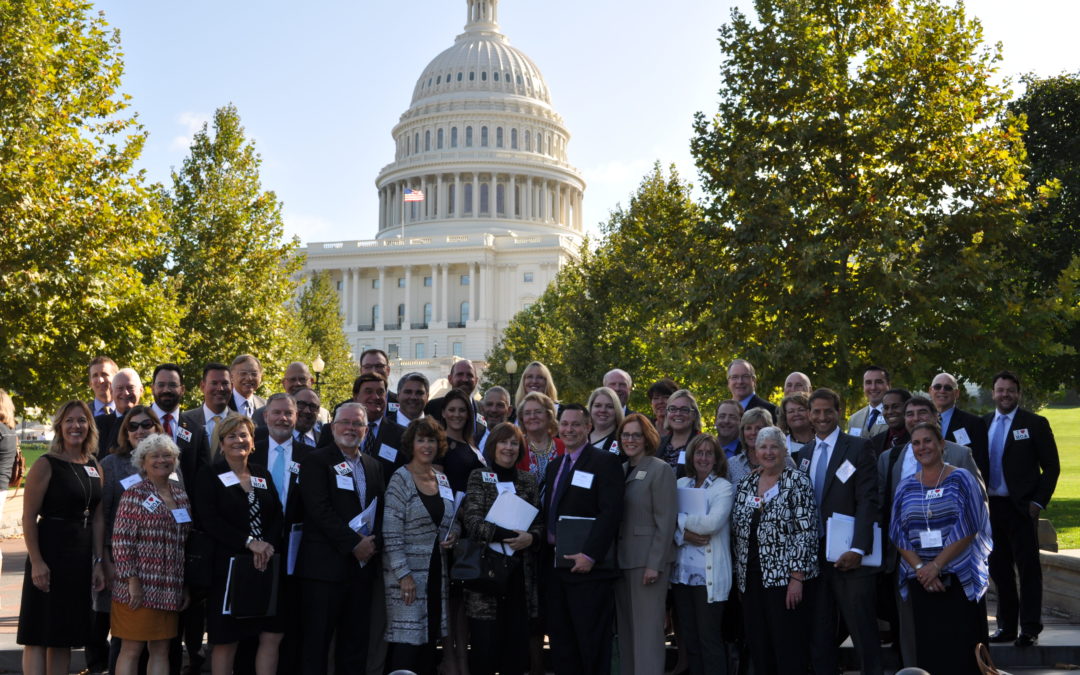 There is nothing quite like walking the Halls of Congress on a sunny fall day in Washington, D.C. This week, there were hundreds of people visiting their Members of Congress talking about issues ranging from The Jones Act, Health Care to Disaster Recovery and beyond. You walk into a Member of Congress’ office and you are usually greeted by a young fresh-faced American eager to play their part in America’s success. CSPAN plays in the background on a screen where you watch Members of the House and Senate Republicans hold a press conference announcing their plans to introduce legislation overhauling the federal tax code. Remember, the day before, Senators Susan Collins (ME) joined Senators John McCain (AZ) and Rand Paul (TX) to kill the recent Republican efforts to repeal the Affordable Care Act.

Needless to say, there was a lot going on September 27 when CAI members from 16 states attended more than 70 meetings with Members of the U.S. Senate and U.S. House of Representatives to talk about public policy important to people living and working in community associations.  As CAI members walked the Halls of Congress, they wore pins “I <3 my HOA” and talked to legislative staff and Members of Congress about Fairness in Disaster Recovery and Housing Finance.

I witnessed board members standing up for priority lien and clearly articulating examples of banks starting a foreclosure in their community after a resident abandoned their home and how the foreclosure dragged on for several years.  Neighbors in the community had to scrape together money to make up for the assessments that weren’t being paid by the resident who abandoned the home nor the bank who stalled the foreclosure. “Without priority lien”, she said, “who knows how long the community would’ve had to wait to get a new owner in the home.” I witnessed Hurricane Harvey victims beg their Members of Congress in Texas to support the Disaster Relief Fairness Act of 2017, H.R. 3238 to help homeowners associations with having debris removed in their community following a declared disaster.

CAI members took pictures for social media, walked several miles from office to office, smiled, shook hands, and made a commitment to learning the process to how a bill becomes a law and played their part in democracy.  It was an amazing day.  CAI members were incredible and represented the community association industry well. You should join us next time – Tuesday, May 8, 2018.  Be there.