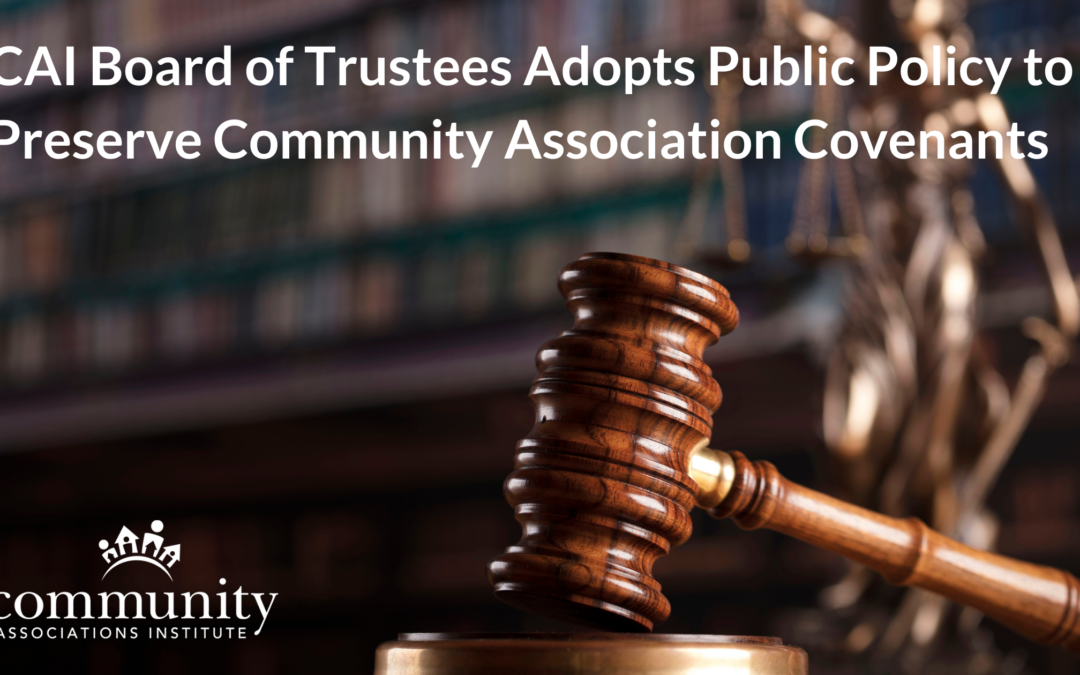 The CAI Board of Trustees adopted a new public policy supporting legislation that allows recorded governing documents of community associations to be enforceable in perpetuity. The Marketable Record Title Act Public Policy for Community Associations also advocates for legislation that either repeals these existing acts or exempts community association governing documents from the purview of these statutes.

A marketable record title is an ownership interest in land that remains in the possession of a person or entity if they have an unbroken chain of title to the interest for a fixed period of time. Some marketable record title acts may automatically eliminate burdens on title to property, including restrictive covenants, after the passage of statutory time periods. These statutes can lead to potential uncertainty over the continued enforceability of community association governing documents.

To help community associations avoid this unintended application of state marketable title acts, CAI’s public policy recommends that boards consult with legal counsel to determine if a version of the act exists in their state and what impact it may have on the continued enforcement of their governing documents. CAI supports legislation that accomplishes any of the following: