Honoring the Women Who Choose To Challenge 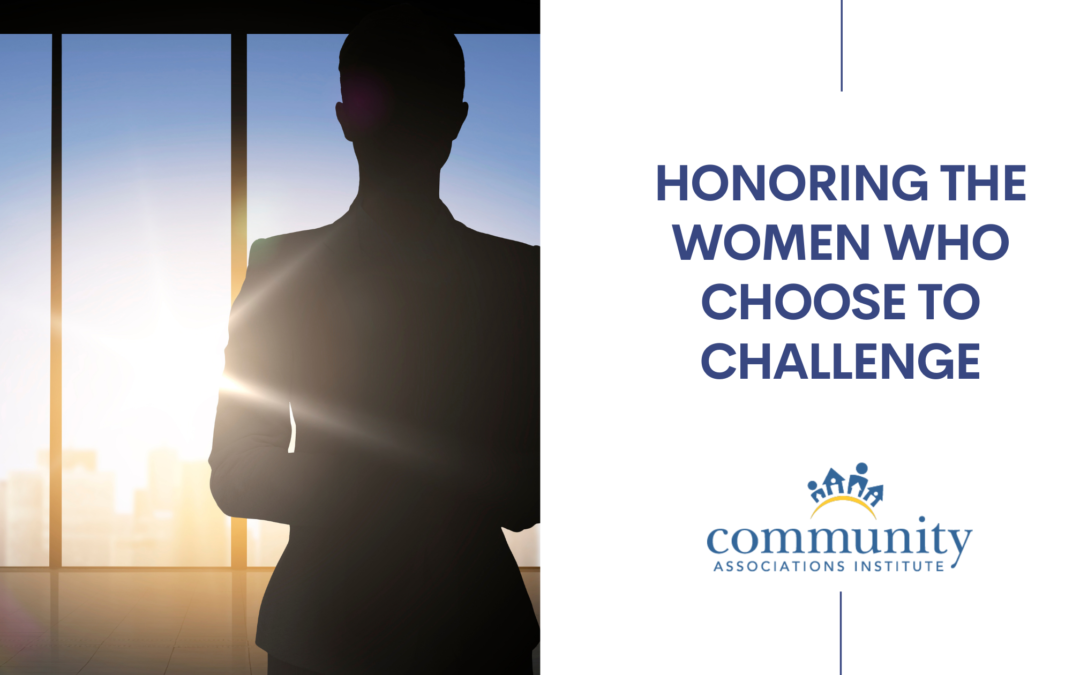 Each year, Women’s History Month serves as a reminder to celebrate the social, economic, cultural, and political achievements of women. This year’s theme, “Choose to Challenge,” could not be more appropriate to describe the female leaders who advocate on behalf of the community association industry and the elected officials who give a voice to their constituents. When women choose to challenge an issue, they are taking action for equality and raising awareness against gender bias.

The first woman was elected to Congress in 1916, and women elected officials have made inroads since. According to Pew Research Center, a record number of women are serving in the 117th Congress, including 144 of 539 seats (27%) in both the House of Representatives and the Senate. A record 120 women are serving in the newly sworn-in House, accounting for more than a quarter of the 439 seats. In the Senate, women hold 24 of 100 seats, one fewer than the record number of seats they held in the last Congress. In the executive branch, Kamala Harris is the first woman to serve as vice president.

At the state level, approximately 2,259 women serve in the 50 state legislatures in 2021, making up close to 31% of all state legislators nationwide, according to the National Conference of State Legislatures. In addition to this historical rate of representation, this year, a record number of female state legislators hold leadership roles within their respective state houses. These positions include state house speaker, state senate president, majority leader, minority leader, and more.

While it’s encouraging to see these statistics increase each year, Women’s History Month is an important reminder of the work ahead. It’s important to celebrate the achievements of women while also calling for increased visibility of important issues and taking steps to continue addressing inequality. We encourage you to take time this month to recognize the important women in your life, amplify their voices, and celebrate their successes.

CAI extends its sincere appreciation to all the women leading in the community association industry, including our 2021 legislative action committee chairwomen and co-chairpersons for their continued dedication and advocacy on behalf of the housing model. 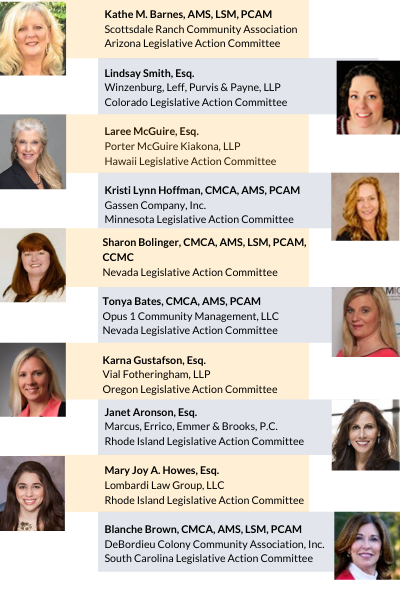