Holiday Decorations and Religious Displays: How Early Is Too Early? 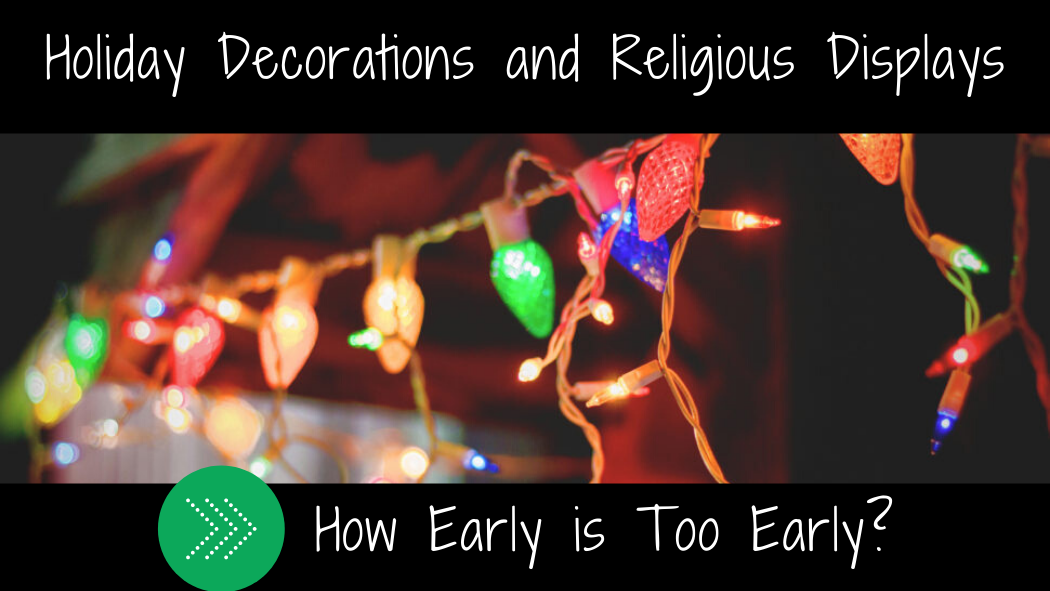 I was on a run with a friend the week after Halloween, and we were talking about the release of the Starbucks holiday cups and how her 6-year-old daughter was horrified by how early the holiday cups were being introduced. “It’s too early!” she exclaimed. Personally, I love the holiday cups and the coffee in them (but that’s another story).

Usually, there is a relative light conversation around who is annoyed by or enjoys the so-called Christmas creep—the radio station playing all Christmas music before Thanksgiving or retailers starting to market their “holiday” deals in October. Nearly everyone has an opinion, and it’s hard to find consensus. The same is true regarding holiday decorations and religious displays in community associations.

Does an association need a rule outlining the parameters of what is acceptable for a holiday decoration display? If so, what information should be included in the rule? I can only guess that the first ever rule for holiday decorations in a community association said something like, “Neighbors must display tasteful decorations during a reasonable time during the holiday season.“

The rule was probably created because a group of residents were complaining about a neighbor who had tacky lights strewn about their house and yard in November, and they didn’t take them down until May.

My guess is that rule worked for a while. Then someone complained again, and the board of directors added details to the rule to provide additional clarification. The next year, another complaint led to amending the rule with additional details. Now, maybe, the rule has all the details that handles all the questions from all the residents in the community. Further, the board members and their manager distribute the rule to residents with holiday greetings in October.

Then, a resident breaks the rule. Said resident receives a letter from the community, which is now known as the “scrooge.” The resident calls the media. The rest is history.

That’s where we are today. Community association boards and managers are trying to adopt the right rule for all residents on holiday decorations and religious displays. They strive to draft a “reasonable” rule that answers all the questions possible without being too scrooge-like and to balance the interests of all residents—from the grinches to the overzealous.

If you need to adopt or revisit a rule related to holiday decorations and religious displays, download CAI’s newly developed Holiday & Religious Display Guide. Board members and residents will find information that will help them develop a rule that is easy to follow and enforce.