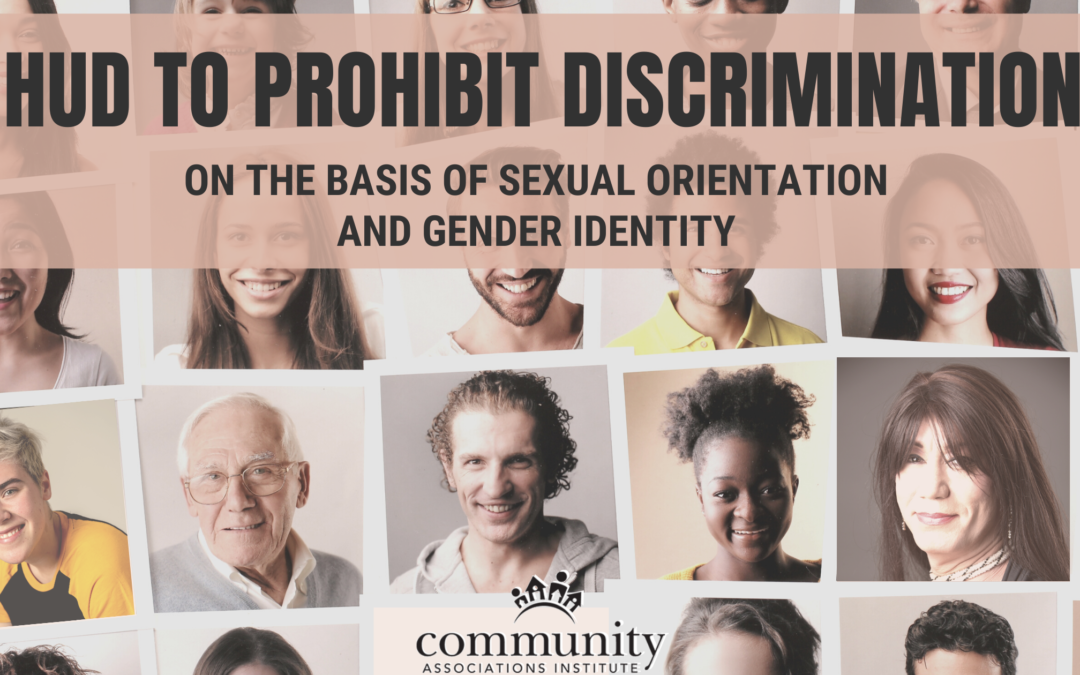 On February 11, the U.S. Department of Housing and Urban Development (HUD) announced that it would immediately administer and enforce the Fair Housing Act to prohibit discrimination on the basis of sexual orientation and gender identity.

Attorney Susan B. Tarley, a fellow in CAI’s College of Community Association Lawyers (CCAL), presented a substantive manuscript on the topic of community associations and transgender individuals during CAI’s Community Association Law Seminar in 2018. In her presentation, she shared statistics from a 2016 report conducted by the Williams Institute at the UCLA School of Law estimating that there are more than 1.4 million adults in the U.S. who identify as transgender. This population is racially and ethnically diverse, with 55% identifying as white, 16% as African American or black, 21% as Hispanic or Latino, and 8% as another race or ethnicity. (It’s worth noting that the LGBTQ+ community is historically undercounted, and efforts to accurately quantify the current transgender population in the U.S. are ongoing.)

More than 73.9 million Americans currently live in community associations, according to the Foundation for Community Association Research. It is a human right for all people to be safe and free from discrimination and enjoy the place they call home.