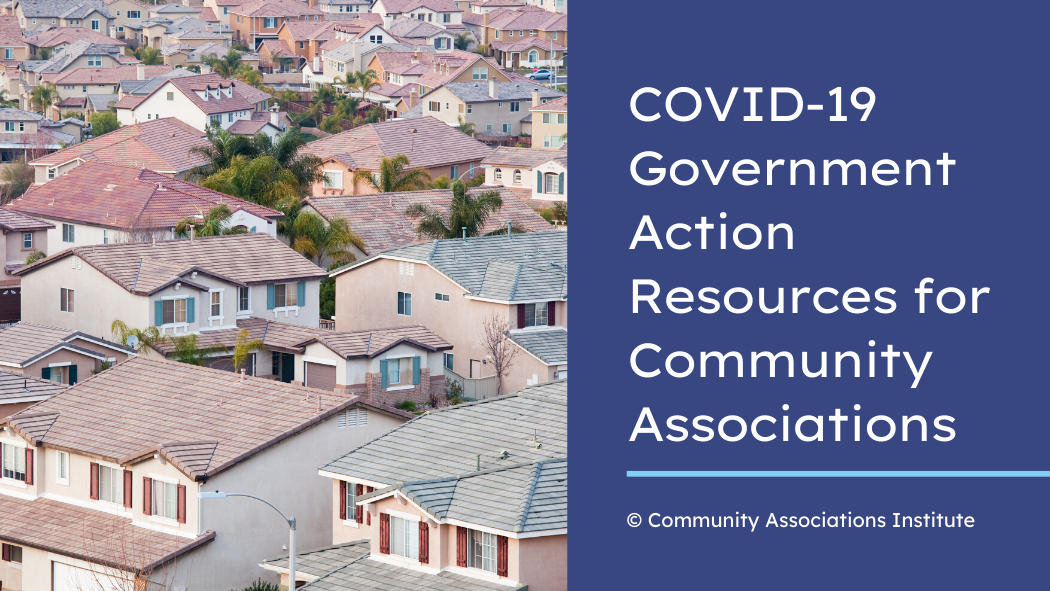 Over the past several weeks, the federal government and most states lifted their shelter-in-place and stay-at-home orders and issued reopening plans with a phased approach. Some, but not all, eviction, foreclosure, and short-term rental moratoriums were lifted, and others were extended. CAI’s Government and Public Affairs team continues to track these actions, their impact on community associations, and offers COVID-19 government action resources to help communities navigate these changes.

CAI is asking our members to inform their congressional representatives about issues impacting community associations during the COVID-19 pandemic and economic crisis. To date, more than 10,000 CAI members have contacted their legislators. As Congress negotiates the next round of legislation, there are three policy issues continuing to impact CAI members. Click here to contact your member of Congress and urge them to support community associations by:

CAI recognizes the amount of work our members dedicate to advocating on behalf of the 73.5 million Americans living and working in community associations. There are many uncertainties about the severity and impacts of this disease and resulting economic crisis. CAI remains committed to helping the people living and working in community associations navigate this unique period of risks and challenges.

If you have any questions, please do not hesitate to reach out to CAI’s Government and Public Affairs team at government@caionline.org. For more COVID-19 resources for community associations, visit www.caionline.org/Coronavirus.