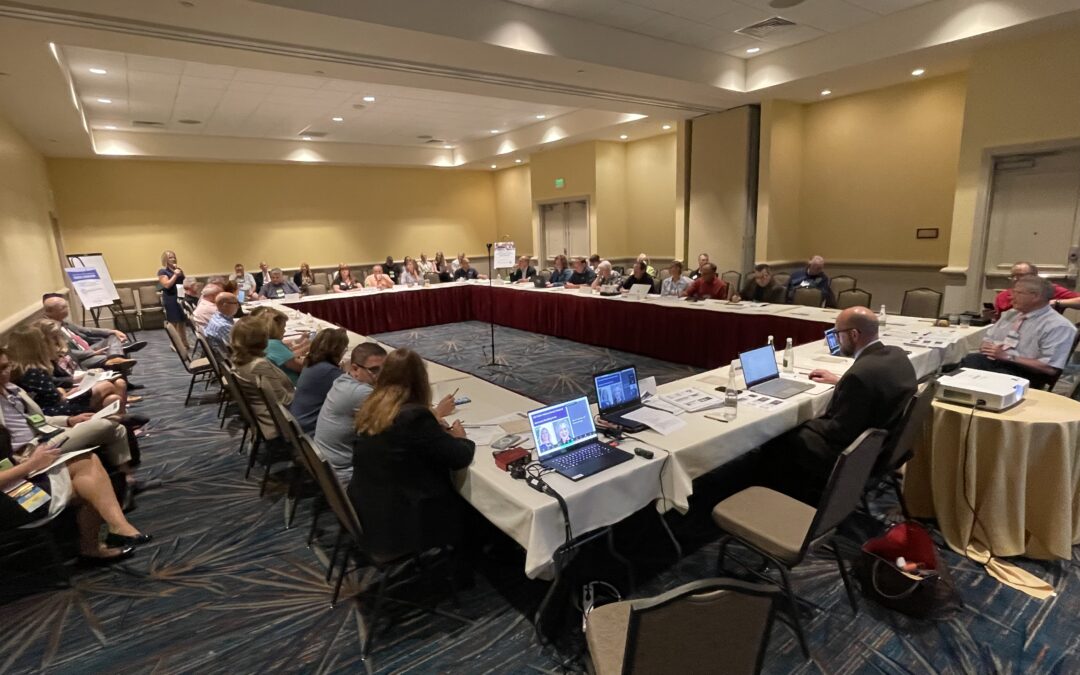 More than 100 CAI members joined CAI’s Government and Public Affairs team at our annual Government and Public Affairs meeting during CAI’s Annual Conference and Exposition: Community NOW in Orlando, Fla., this week. During this annual meeting, CAI members and advocates are provided with an update on CAI’s federal, state, and regulatory advocacy update, public policy update, and allow for an open forum for Legislative Action Committee members to discuss emerging trends and policy issues they are grappling with in their state.

For those unable to join this year’s meeting, below is a breakdown of each report.

CAI is pleased to announce introduction of H.R. 7532, the “Securing Access to Financing for Exterior (SAFER) in Condominiums Act of 2022” by U.S. Rep. Charlie Crist (FL-13) and U.S. Rep. Debbie Wasserman Shultz (D-23). If enacted into law, the legislation would allow condominium homeowners to finance special assessments related to common property repairs over 20 to 30 years. A call to action was circulated to CAI members, urging members to contact their U.S. Representatives and request they co-sponsor the bill.

We are working with officials at the U.S. Department of Housing and Urban Development to facilitate a meeting between CAI and Department experts to consider additional policy recommendations to support condominium and housing cooperative safety. Among the topics to be discussed is authorizing the Federal Housing Administration to offer 30-year loans to condominium associations and housing cooperative corporations to finance structural repairs.

The American Rescue Plan Act of 2021 established the $9.9 billion Homeowner Assistance Fund (HAF), which allows states to support homeowners who suffered a significant financial loss due to the COVID-19 national emergency, catch up on missed mortgage and other housing payments. CAI successfully lobbied Congress to make delinquent association assessments eligible for reimbursement by state HAF plans. CAI is pleased to report that 41 states included assessment delinquencies as eligible costs for reimbursement under each state’s respective HAF plan.

CAI is tracking more than 1,400 bills in 2022 that impact community associations. More than 8,400 emails were sent by CAI members to their elected officials advocating on behalf of these pieces of legislation. We identified trends that became priority issues. We broke these priorities into two categories: condominium safety and general community association housing model. An update on reserve study and funding legislation was provided for the group. To date, Colorado, Connecticut, Florida, Georgia, Illinois, Maryland, and Virginia introduced legislation regulating reserve studies and funding. Maryland and Virginia have passed legislation on reserves. An update on legislation impacting building maintenance and structural integrity was also provided to attendees. To date, Florida, Hawaii, and Virginia have introduced legislation addressing building inspections and structural integrity. Virginia’s new legislation created a study program that will analyze structural integrity and reserves. Florida’s legislation died in 2022.

When an issue impacts our members, CAI develops a public policy to guide volunteer advocates and staff in their efforts. As a membership organization, any of our more than 43,000 members can propose a public policy for consideration. CAI public policies are created through a careful and ongoing process that reflects the interests of members, volunteers, and experts. The public policy positions are vetted by CAI chapters, state legislative action committees, member representation groups, and the College of Community Association Lawyers (CCAL), with final approval by the CAI Board of Trustees.

CAI’s Government and Public Affairs Committee reviews new policy topics each year for consideration. This year, three task forces are in progress to discuss and consider public policies on single-family zoning, ombudsman programs, as well as political and yard signs.

Adopted public policies can be found at www.caionline.org/publicpolicies.

If you have questions or comments, please contact CAI’s Government and Public Affairs team at government@caionline.org, and learn more about CAI’s advocacy priorities.