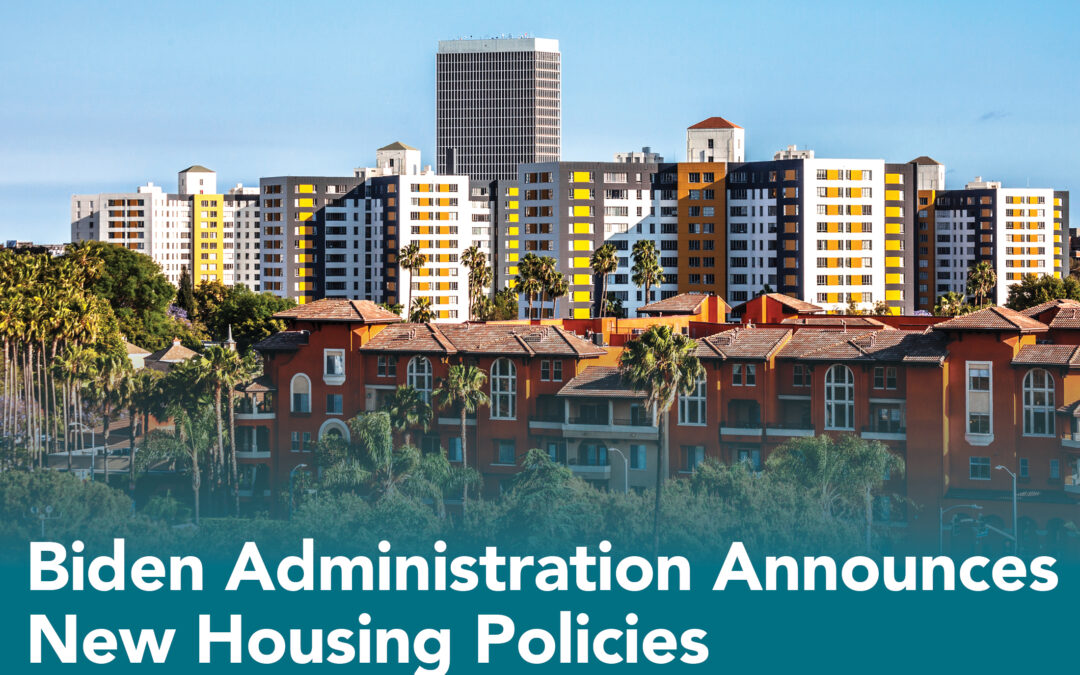 This week, the Biden administration announced polices to lower housing costs and increase the supply of homes for sale and rent. CAI has evaluated the announcement and identified three areas of primary interest to community association board members, managers, and business partners: zoning reform; preserving existing housing; and limiting investor purchases of foreclosed homes.

The Biden administration links higher housing prices to a slowdown in home and apartment construction compared to prior decades. An estimated shortfall of 1.5 million new homes has left first-time homebuyers and rental households fewer and more expensive options, according to Moody’s Analytics estimates.

Zoning requirements are singled out as a leading cause of the housing shortage. According to the White House announcement, single-family zoning, minimum lot sizes, and minimum parking requirements limit construction of mixed-use apartments, condominiums, and accessory dwelling units (ADUs).

CAI’s newly adopted public policy on ADUs in Community Associations and public policy on Short-Term (Vacation) Rentals in Community Associations are based on the concept that community association homeowners are best positioned to manage their communities. This approach is consistent with our constitutional framework that limits federal government authority over state and local government land-use policy.

CAI will meet with HUD officials in June to discuss the SAFER in Condos Act and federal loan guarantee proposals to support financing for condominium association and housing cooperative structural repairs. Condominiums and housing cooperatives are an affordable homeownership option for millions of households. Preserving this housing must be a national priority.

Corporations are acquiring homes at a higher rate than in previous years, accounting for 25% of all home purchases in the 3rd quarter of 2021. Corporate owners typically convert homes, including homes acquired in community associations, to rental housing. Homebuyers are left competing for fewer homes, which artificially increases home prices and limits homeownership opportunities. The Biden administration’s housing plan levels the playing field for households seeking to purchase a foreclosed property as their primary residence.

Subscribe to CAI’s Advocacy Blog for the latest state and federal government actions impacting the community association housing model. Become a CAI Advocate, and get involved in CAI’s advocacy work. Sign up is easy. Join with other CAI Advocates today to make your voice heard!