Celebrating 30 Years of the Americans with Disabilities Act 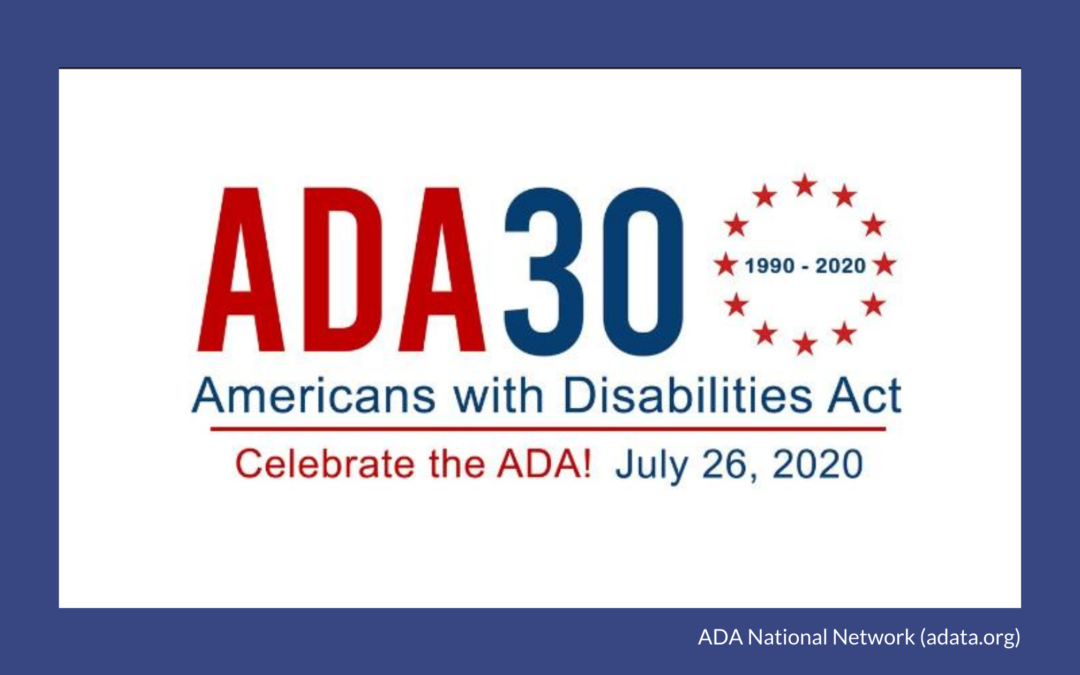 The Americans with Disabilities Act (ADA) was signed into law on July 26, 1990, by President George H.W. Bush and has become one of the most comprehensive pieces of civil rights legislation in the U.S. CAI recognizes this milestone and the important work to promote equal opportunities for people with disabilities.

According to the U.S. Census Survey of Income and Program Participation, there are 56.7 million Americans of all ages who have disabilities. The ADA prohibits discrimination and guarantees that people with disabilities have equal employment opportunities, rights to purchase goods and services, and participation in state and local government programs.

To be protected under the ADA, a person must have a physical or mental impairment that substantially limits one or more major life activity, has a history or record of such an impairment, or is perceived by others as having such an impairment. The ADA does not specifically name all of the impairments that are covered as a disability.

Title III of the ADA prohibits discrimination on the basis of a disability in places considered public accommodations, including businesses that are generally open to the public and that fall into one of 12 categories listed in the ADA, such as restaurants, movie theaters, schools, daycare facilities, recreation facilities, and medical offices. It also requires newly constructed or altered places of public accommodation as well as commercial facilities—privately owned, nonresidential facilities such as factories, warehouses, or office buildings—to comply with ADA standards.

A community association’s common areas and amenities, such as parking lots, fitness centers, swimming pools, recreation facilities, and clubhouses, typically are not subject to ADA standards if they are used only by residents, but the law may apply when they are open to the public. Examples that could trigger compliance include opening the pool to a school swim team, renting the clubhouse to the general public, or renting out common areas to local sports leagues.

Reasonable Accommodations for Disabled Residents
A community association may be required to allow a resident with a disability to make alterations to his or her unit or to the association’s common areas and amenities to accommodate the disability, at the resident’s expense. Examples of reasonable accommodations include parking space location, accessibility ramps, and handrails inside a condominium unit or home or leading to a shared amenity.

Along with the federal Fair Housing Act, which prohibits housing providers (including community associations) from discriminating based on race, ethnicity, religion, gender identity, disability, familial status, or national origin, CAI recognizes the ADA’s 30-year mission of promoting equal housing for people with disabilities.