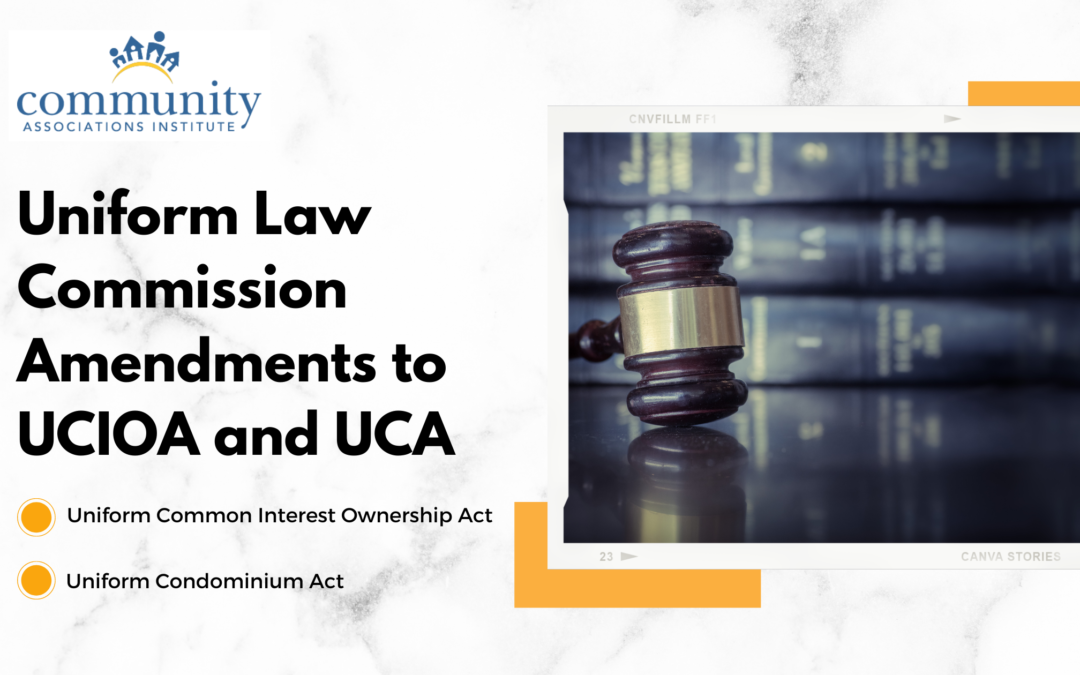 The Uniform Law Commission approved the work of a drafting committee that was charged with updating the Uniform Common Interest Ownership Act (UCIOA) and the Uniform Condominium Act (UCA) at its 2021 annual meeting in Madison, Wis. This resulted in some significant changes and is part of the evolution of these important laws.

Anyone wishing to see the amendments can view and download the document here. You will see the UCIOA version of the changes, which also will be incorporated in the UCA. Be aware, however, that while the changes were approved by the full Uniform Law Commission, it must still go through a final review by the style committee, whose members may make non-substantive changes to have all uniform laws follow certain style requirements.

Since the original condominium statutes in the U.S. were drafted in the 1960s, the commission has had more than 50 years of experience in the development and operation of common interest communities. According to the Foundation for Community Association Research, Community associations now represent between 22–24% of housing in the U.S., and this percentage continues to grow.

I served as CAI’s representative to the Joint Editorial Board on Uniform Real Property Acts and the drafting committee that oversaw these revisions.

While I encourage you to review all the changes to both laws, the following is a summary of what might be considered of greatest interest:

David Ramsey is a shareholder of Becker in Morristown, N.J., a CAI past president, and a member of CAI’s New Jersey Legislative Action Committee.