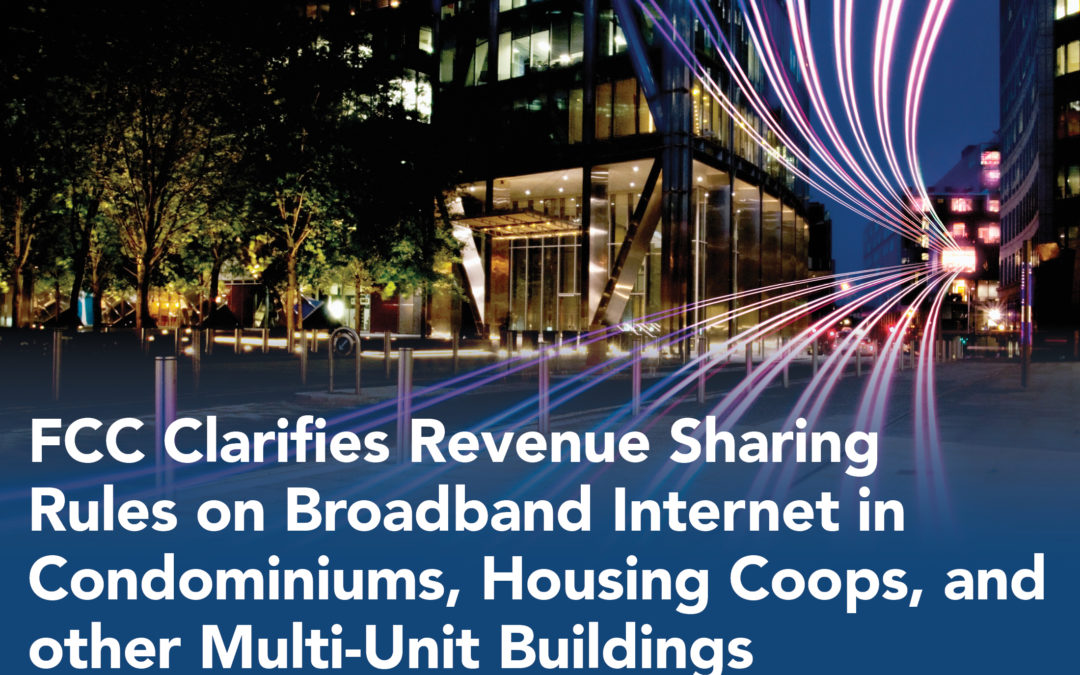 The FCC has a long history of prohibiting practices that limit consumer choice of communications services in multiple tenant environments (MTEs), a term that includes community associations. The FCC acted in 2000, 2007, and 2008 to restrict enforcement of exclusive service contracts between telecommunications and video service providers and MTEs. The recent FCC action is a continuation of this policy.

FCC Review of Competition for Broadband Internet Service in MTEs

There are three types of arrangements included in the FCC’s report and order; including:

FCC Remains Concerned about Competition for Communications Services in MTEs

The FCC continuously reviews the competitive environment for communications services in community associations and other MTEs. The FCC will continue to monitor market conditions, particularly the impact of exclusive marketing arrangements.