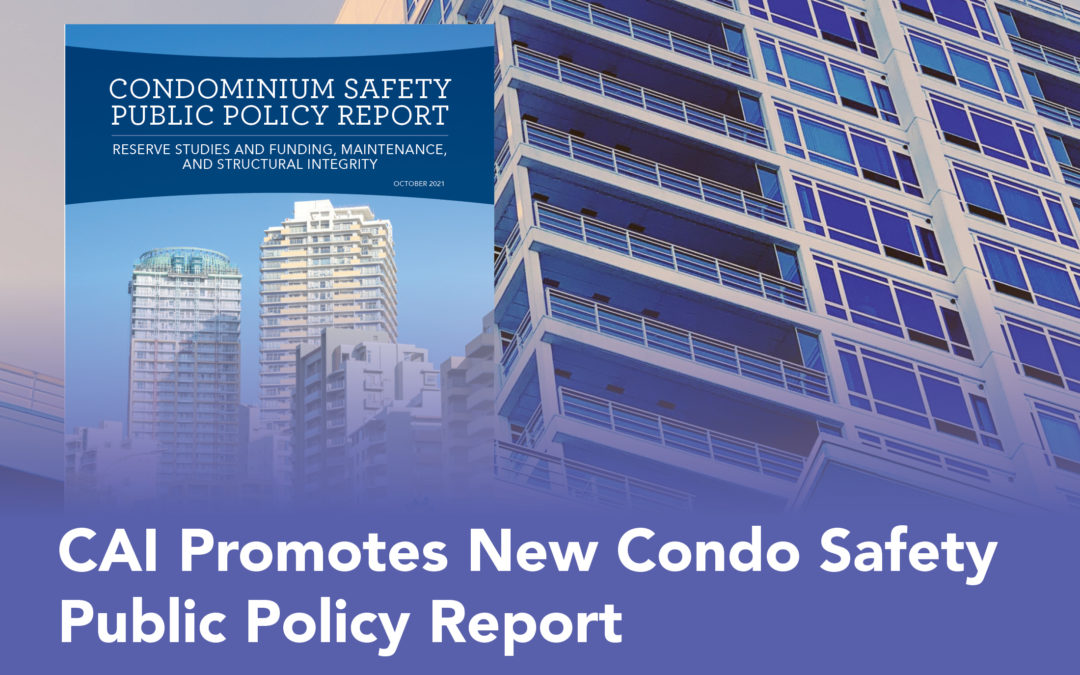 The public policy recommendations are in the areas of reserve studies and funding; building maintenance; and structural integrity. CAI believes these recommendations should be considered for adoption into state law to support the existing statutory framework for the development, governance, and management of community associations.

Since the report’s release, CAI’s Government and Public Affairs team has conducted outreach to all 7,300 state legislators and their staffers, as well as key individuals in federal housing agencies, to ensure that they are aware of its findings and public policy recommendations when considering legislation for 2022.

After notifying the more than 600 CAI legislative action committee members of the report, Dawn M. Bauman, CAI’s senior vice president of government and public affairs, attended the Florida Legislative Alliance (CAI-FLA) Day at the state capitol in Tallahassee, Fla., earlier this month. Bauman and members of the CAI-FLA met with more than a dozen Florida legislators to promote the new public policy recommendations for condominium safety and the community association housing model to the Florida General Assembly.

Following these on-site events, CAI hosted an hour-long Condominium Safety Public Policy Forum, where the Surfside public policy task force leadership spotlighted its positions on reserve studies and funding, building maintenance, and structural integrity, as well as information and resources on condominium safety developed by CAI. Legislators and their staff from nearly 30 states, many who were invited during the 2021 NCSL Legislative Summit, were in attendance. The webinar was designed to help concerned residents and board members understand structural integrity, maintenance, and reserves. A recording of the webinar can be found here.