Changes to Federal Mortgage Rules in the Works 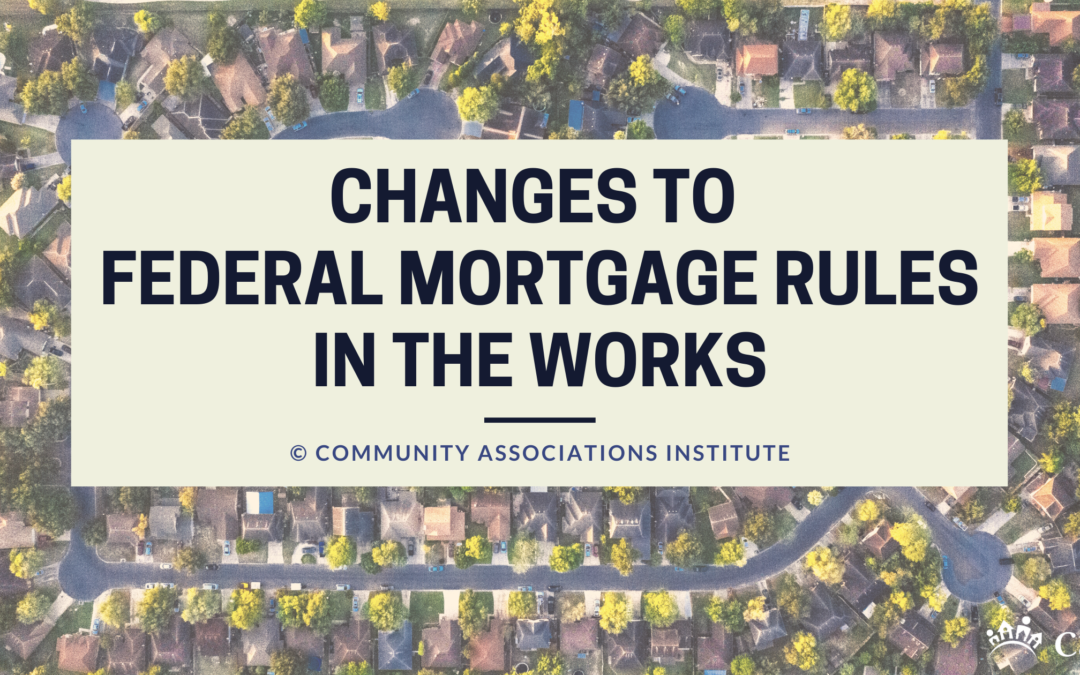 In a storyline only 2020 could deliver, as the nation slogs its way through a pandemic and economic recession, home sales have increased by 25% according to the National Association of Realtors, and mortgage lending has jumped 33% according to the Mortgage Bankers Association. Now, changes to federal mortgage rules are in the works.

Community association boards and community managers have been working overtime to keep communities safe and open during the pandemic, and now they are facing heightened demands to turn around lender questionnaires, estoppel letters, and new homeowner packets.

But wait, there’s more! CAI’s Government and Public Affairs team is tracking changes to federal mortgage rules that impact community associations. Within the past month, CAI filed comment letters with the U.S. Department of Housing and Urban Development’s Federal Housing Administration office and the Consumer Financial Protection Bureau. A brief summary of the letters and links to CAI’s responses are below.

Scott Canady's 13 year record of public service includes experience gained in the U.S. House of Representatives and in the U.S. Department of Housing and Urban Development.

Following his time in the Congress, Scott was appointed Deputy Assistant Secretary for Legislative Affairs at the U.S. Department of Housing and Urban Development. Scott served as a key legislative liaison with members of the House Financial Services Committee and the Senate Banking Committee.

Scott is a graduate of Louisiana State University where he earned a Bachelor of Arts in Political Science and History.