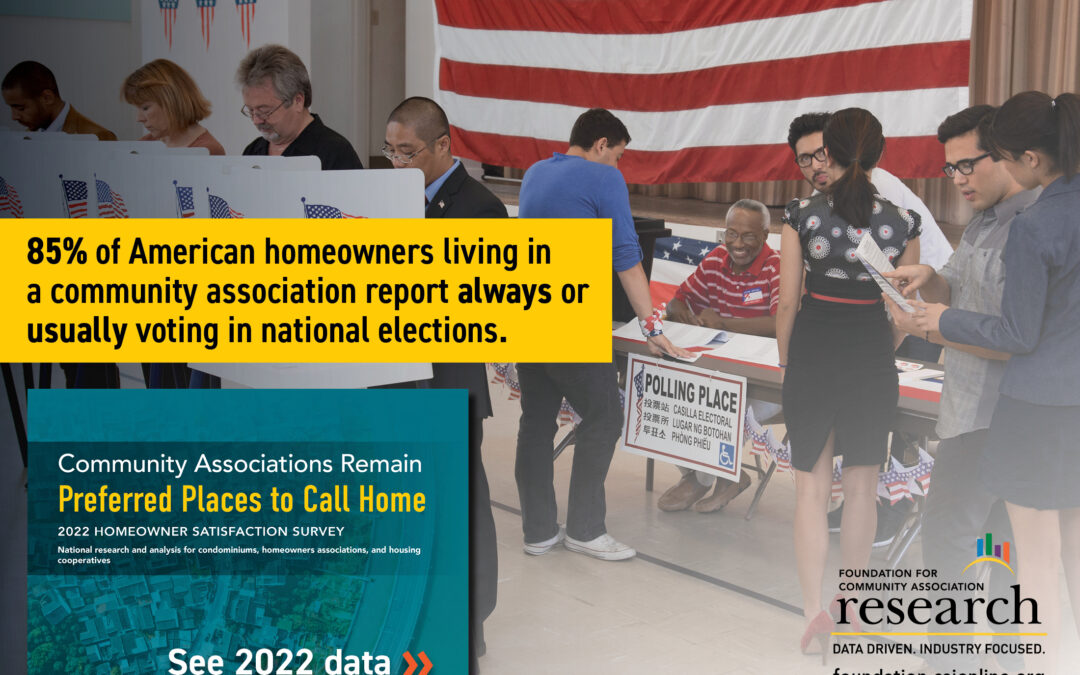 August means back-to-school season and wild weather is some parts of the country. In 46 states, primaries are ruling the political front. Thirty-four senate seats and all 435 seats in the house, in addition to more than 6,500 state legislature seats, will be decided on by voters this year.

The Foundation for Community Association Research’s 2022 Homeowner Satisfaction Survey reports that 70.67% of Americans living in community associations always or almost always vote in elections. Getting to the polls is incredibly important to ensure association values are upheld in legislation. CAI encourages all of its advocates to get out and vote for candidates that support the community association housing model: #VoteforHome!

Is 2022 the same as years past? Not only is this election unique due to current events and issues impacting our daily lives but also because of changes to the election process. A few of the highlights:

Voting can be confusing, but CAI advocates have a unique resource: the CAI Voter Resources Center. To see all things related to your voter registration, precinct, register to vote absentee or any other question, the CAI Voter Resources Center has your answer. Enter your primary address to see your candidates, primary date, and state-specific election information. Not registered to vote or need to check? Use this Voter Registration Tool to see more information and double check your registration status.

For more information or questions, contact the CAI Government and Public Affairs team at government@caionline.org. And don’t forget to #VoteforHome!