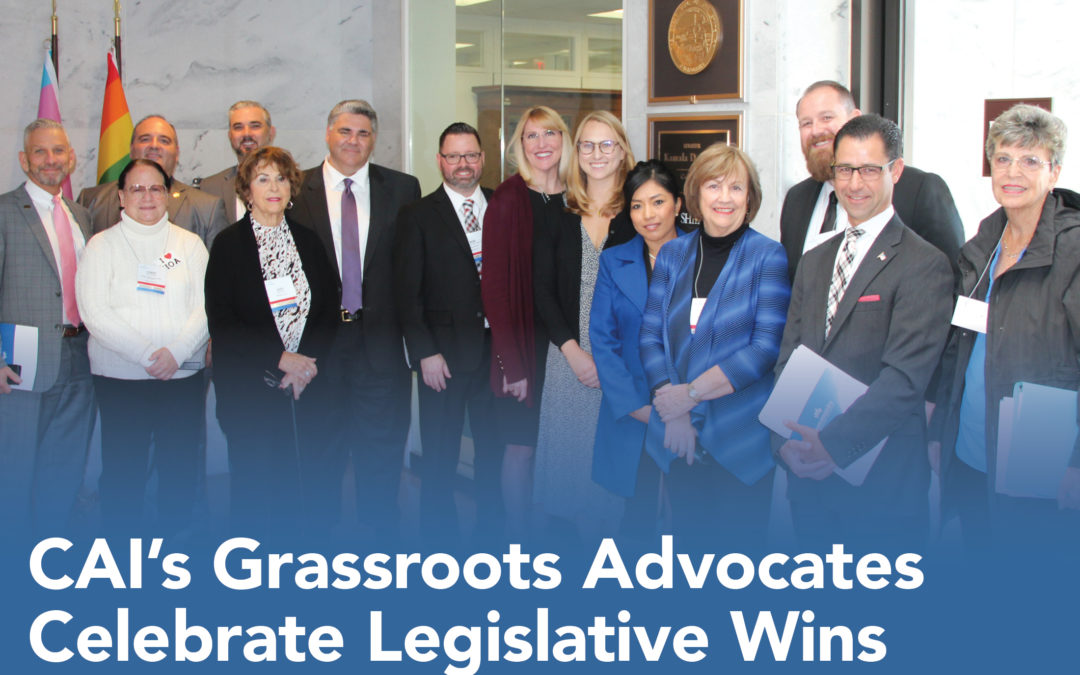 Grassroots advocacy generally is considered the backbone of modern democracy. When people organize and influence their elected officials to support issues that are most important to them, legislators can be more effective representing their constituents. CAI works year-round to help advocates support the community association housing model.

If you live in or work for a community association, join our network of 43,000 advocates. CAI’s all-inclusive platform allows our advocates to contact their legislators in just a few clicks. CAI’s state legislative action committees (LACs) use this platform to support, monitor, and oppose more than 1,000 pieces of legislation each year. The LACs rely on the grassroots network of CAI advocates to help. When an issue needs your attention, we’ll send campaigns right to your inbox.

Here are some of the most successful campaigns over the past three months:

CAI has a variety of resources for our members looking to become more active in the grassroots efforts: