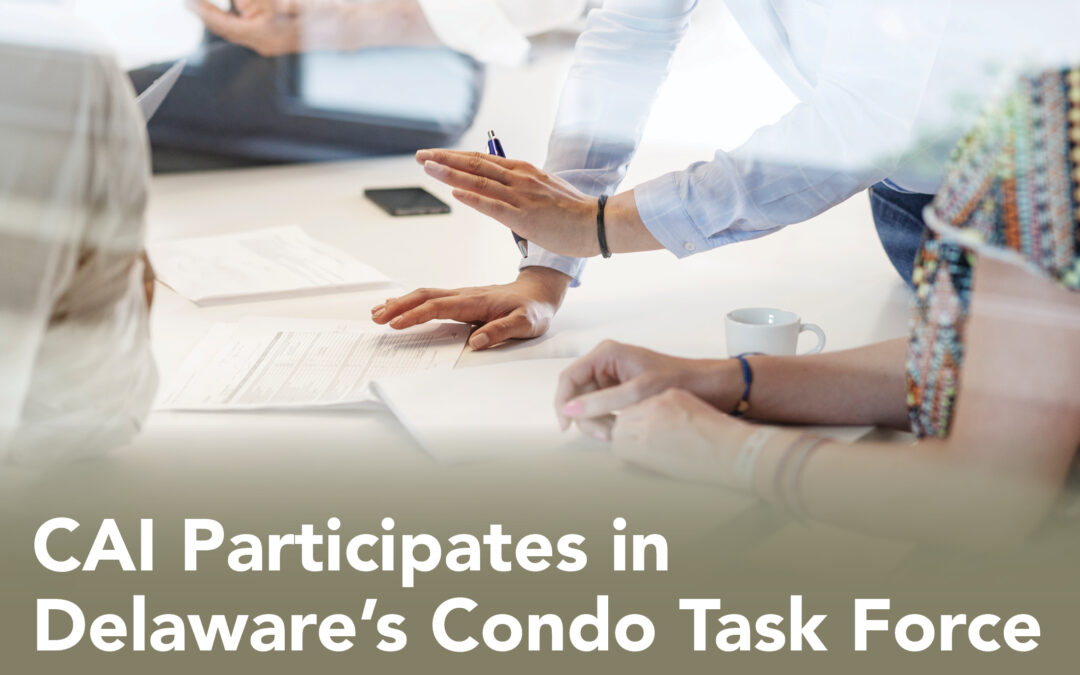 The New Castle County Council (NCCC) in Delaware recently adopted Resolution No. 22-185, which establishes a task force to review and consider issues relating to condominiums and other common interest community buildings and structures. Introduced by Councilmember John Cartier, the NCCC found it critically important to ensure the structural integrity of buildings and structures.

CAI’s Government and Public Affairs team actively worked with members of NCCC and staff counsel to ensure this resolution was successfully adopted. On Sept. 27, the county enacted the resolution establishing the New Castle County Council Condominium and Common Interest Community Task Force. The task force is made up of community association industry leaders throughout Delaware and its surrounding states, including Maryland, New Jersey, Pennsylvania, and Washington, D.C.

A final report containing a summary of the task force’s work regarding the issues established, including findings and recommendations, is due to the New Castle County Council, the County Executive, and members of the task force by May 2023. This legislation was introduced following the tragic partial collapse of Champlain Towers South in Surfside, Fla., last year.