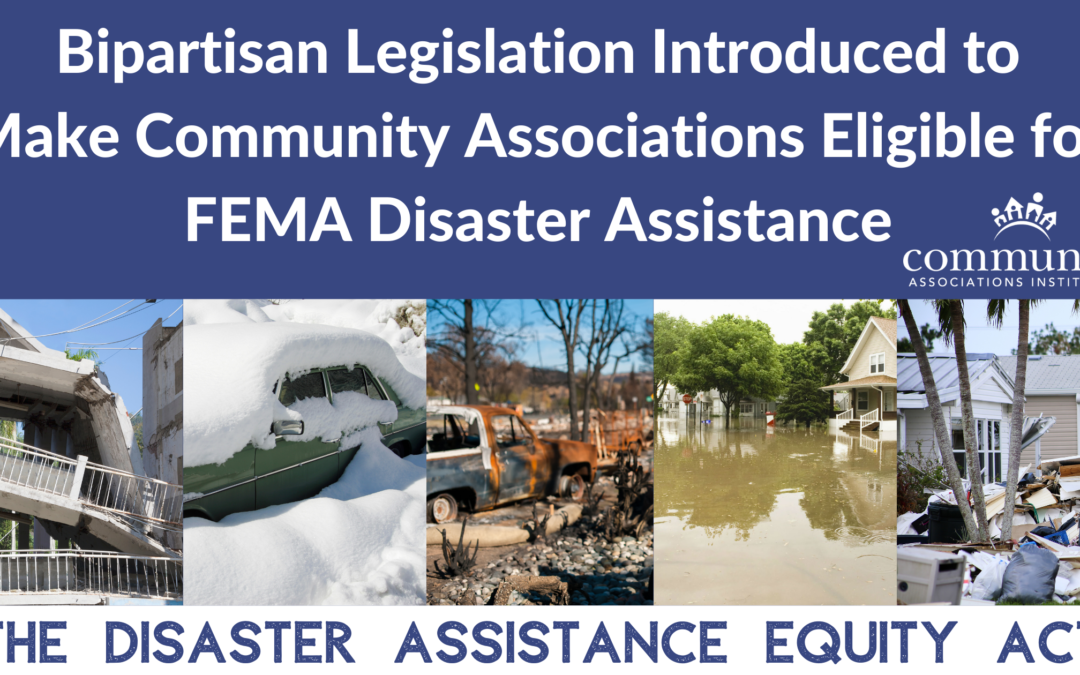 Rep. Grace Meng (D-NY) officially became a co-sponsor this week and Rep. Derek Kilmer (D-WA) has indicated that he will also co-sponsor. CAI sent out a call to action this week asking advocates to email their members of Congress to urge them to co-sponsor the bill. The Government and Public Affairs team will help coordinate invitations to U.S. representatives and senators to visit your community so they can see how the Disaster Equity Assistance Act will help the association.

“In the aftermath of Superstorm Sandy, thousands of New Yorkers and other Americans were shocked to learn that FEMA’s eligibility rules left them with no way of restoring their homes simply because they shared walls and floors with neighbors and lived in a homeowners association,” says Nadler.

The bipartisan support is indicative of how this issue impacts so many Americans living in community associations who have experienced a natural disaster. The bill is not only for coastal communities hit by hurricanes but also interior states that experience mudslides, fires, and tornadoes, T. Peter Kristian, CMCA, LSM, PCAM, general manager of Hilton Head Plantation Property Owners Association in South Carolina, a CAI past president, and chair of the CAI Government and Public Affairs Committee, said in a Congressional briefing “Everyone across the entire United States can potentially be affected by one of these types of natural disasters,” he added.

As taxpayers, CAI believes that the 74 million people living in condominiums, homeowners associations, and housing cooperatives have the right to benefit from federal disaster response, recovery, and mitigation resources.

You can read the full text of the bill here.