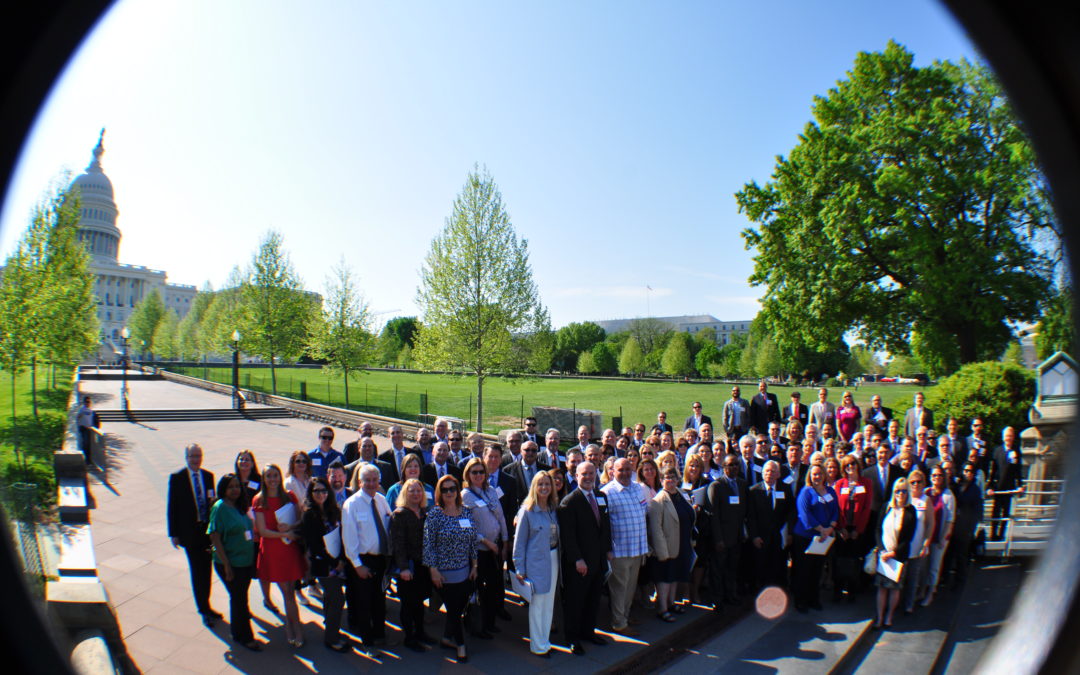 A record number of CAI advocates educated Washington lawmakers and congressional staff members about our top federal issues during our 2018 Advocacy Summit on May 8.

Over 110 CAI members hailing from 25 states participated in more than 150 meetings with House and Senate offices across Capitol Hill. They voiced unified support on CAI’s legislative priorities, including:

Advocacy Summit participants received warm receptions from congressional offices regarding these issues. Many of our members even had success in persuading their representatives to co-sponsor H.R. 3238. This year’s event also generated record-breaking social media buzz, including Sen. Marco Rubio’s (R-Fla.) office tweeting about their meeting with CAI constituents.

Both Sen. Bill Nelson (D-Fla.) and Rep. Mark Sanford (R-S.C.) were honored with CAI’s 2018 Hero of Association (HOA) Award for their leadership and support for the millions of residents living in community associations. In recognizing the two congressional leaders for their work on behalf of community association homeowners and residents, CAI effectively designated Nelson as the organization’s senator of the year and Sanford as the representative of the year.

Events like the Advocacy Summit are critical to allowing community associations’ voices to be continuously heard by our lawmakers. CAI thanks these advocates for their hard work, terrific advocacy, and endless energy throughout this year’s event. You can keep the momentum going by visiting www.caionline.org/advocacy/takeaction.